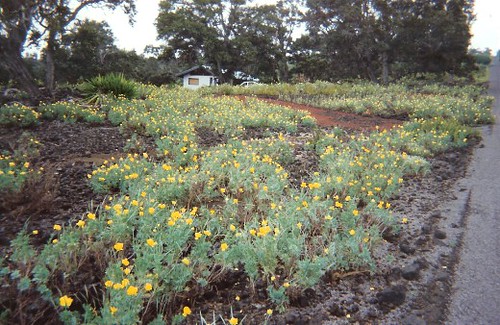 In 2005 I bought this sweet small house on an acre of land consisting of nothing but a’a lava rock. Then in May of 2008, I started this blog. I began to share photos and write about how that acre of lava was developing (or not developing).

Since late spring of this year, I was given a home that is closer to the college where I teach, closer to town, and has land that will actually grow something. It is still rocky, but the lava has decomposed enough that it manages to provide more of the lush greenery for which Hawai`i is known. 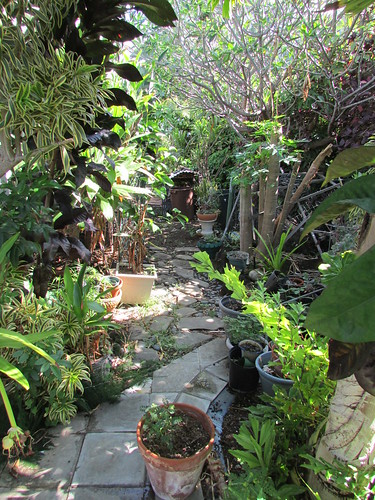 While I lived in Ocean View, I complained about not being able to grow anything, or at best what did stay alive was growing at a snail’s pace! Now my complaint goes in the opposite direction – everything grows too quickly! This view into the side yard was taken in April. 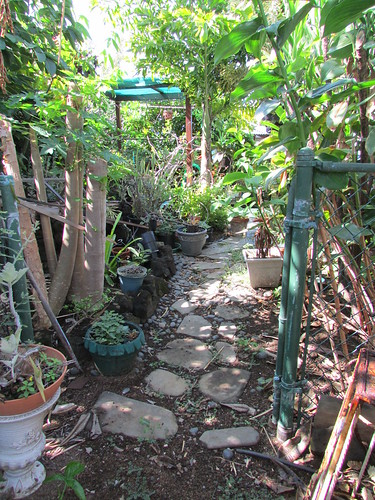 Two months later in June, it was so overgrown that no one could walk through it! There is a lot of work to be done still, but with the help of some friendly landscapers, it is beginning to take shape. I’ll post more pictures as things start to look beautiful again.

I look forward to cleaning out this little area with its raised beds. It is a perfect spot for growing herbs, or starting seeds, or potting seedlings, and more. The purple sweet potatoes growing here were probably from starts the previous owner was tending. I will transplant some of those into a backyard garden. 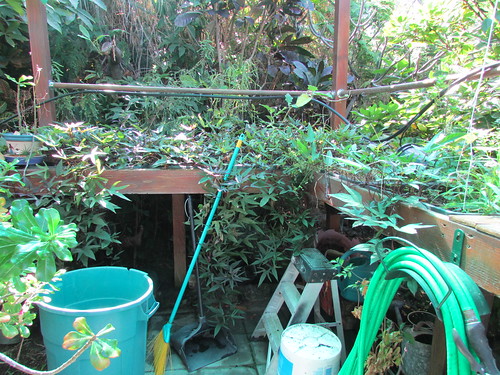 Friends have given me lilikoi seedlings and several white pineapple plants. So much to look forward to here!